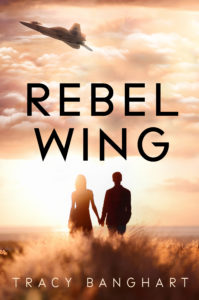 For fans of Divergent, Code Name Verity, and The 100, Rebel Wing is an epic sci-fi adventure that explores just how far one girl will go for love and country.

The Dominion of Atalanta is at war. But for eighteen-year-old Aris, the fighting is nothing more than a distant nightmare, something she watches on news vids from the safety of her idyllic seaside town. Then her boyfriend, Calix, is drafted into the Military, and the nightmare becomes a dangerous reality.

Left behind, Aris has nothing to fill her days. Even flying her wingjet—the thing she loves most, aside from Calix—feels meaningless without him by her side. So when she’s recruited to be a pilot for an elite search-and-rescue unit, she leaps at the chance, hoping she’ll be stationed near Calix. But there’s a catch: She must disguise herself as a man named Aristos. There are no women in the Atalantan Military, and there never will be.

Aris gives up everything to find Calix: her home. Her family. Even her identity. But as the war rages on, Aris discovers she’s fighting for much more than her relationship. With each injured person she rescues and each violent battle she survives, Aris is becoming a true soldier—and the best flyer in the Atalantan Military. She’s determined to save her Dominion . . . or die trying.

“I’ve never been actively jealous of a fictional character .  . . until now. Aris’s adventures set my imagination on fire, and made my heart take flight.” ~ Kass Morgan, author of New York Times bestseller The 100

“What starts as a tale of star-crossed romance quickly evolves into a gripping page-turner, with gender roles and identity explored and questioned at every turn.” ~ Starred Review, Publishers Weekly

“Reminiscent of Suzanne Collins’ The Hunger Games (2008) and Lois Lowry’s The Giver (1993), this tale quickly takes off in its own imaginative direction…Part mystery, part romance, part sci-fi, Banghart’s fast-paced exploration of loyalty, identity and commitment is entertaining and intriguing.”~ Kirkus

“This book compels the reader forward, almost each chapter a single scene, as if meant to be filmed. It rises above well-tread territory of a futuristic world at war as it alternates between Aris’s personal conflicts and the larger global one, the details of both well conveyed.” ~ San Francisco Book Review

“A heart-crushing, edge-of-your-seat, wild ride of love and war. A must read for fans of science fiction, romance, or just plain good books.” ~ Jennifer Walkup, author of Second Verse 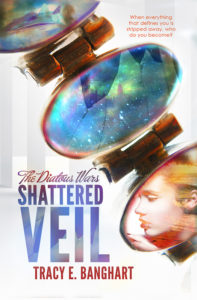 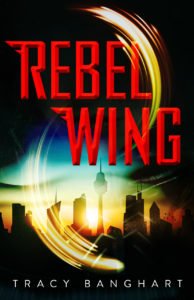 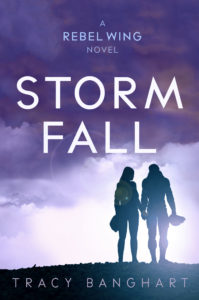 In the action-packed sequel to Rebel Wing, Aris battles for life and love . . . and not everyone will survive.

Aris Haan gave up everything to join the Atalantan Military: her family, her boyfriend, even her identity. In the end, though, it didn’t matter that she was a war hero. When the all-male Military discovered that she was actually a woman, she was sent home and erased from history.

Now she has a chance to go back to the battlefield—as herself. But as hard as it was to be a soldier in disguise, it’s even more difficult now. The men in her unit undermine her at every turn. The Safaran army has spies everywhere, perhaps even on Aris’s stationpoint. And she’s falling for her mysterious superior officer, Milek. But their relationship is forbidden, just stolen moments between training sessions and missions. There’s no room for love in war.

Then Aris discovers that Safara’s leaders have set their sights on her, Atalanta’s hero. And she must find them before they find her . . . 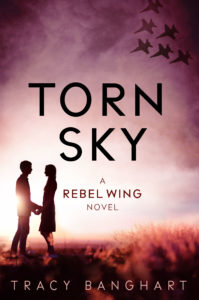 When Aris Haan brought down Safara’s biggest war criminal, she’d thought it was a turning point in the war. Victory was on the horizon, as was a peaceful future with her Promised, Milek.

But a deadly new threat has emerged: a Safaran bomb that could wipe out all of Atalanta in one catastrophic blast. Aris is tasked with finding the weapon before it is completed, a mission made more difficult when she starts to suspect that there is a Safaran spy in her unit. Friendships are tested, loyalties are strained, and suddenly Aris no longer knows whom she can trust.

In the epic conclusion to the Rebel Wing series, Atalanta’s fate rests on Aris’s shoulders. Can she find the bomb before it destroys everything—and everyone—she loves?