Time travel. Humanity has long imagined what it would be like to be able to create a time machine, what we might see if we could travel into the future, or be transported to the distant past. And what if it were possible to travel into our own, more recent past? Would we be able to change our present, or are we prisoners of predestination? Is fate what we make of it?

In this latest title in the acclaimed Future Chronicles series of speculative fiction anthologies created by award-winning author and series editor Samuel Peralta, fourteen authors confront the question of time travel and its consequences, exploring a landscape where past, present and future all become imaginable destinations.

Tracy’s Story: The Nothing Gate

What if the only way to ensure a future for Earth was to change the past? Juniper Young has known since she was a child that the Earth would die in her lifetime. When her father uses his powerful friends to secure their escape, Juniper has no idea the extent to which the world’s survival will depend on her.

The By Blood Series 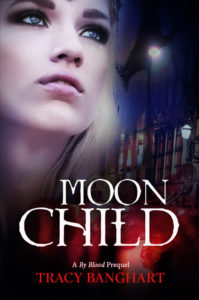 Diana Calvert is so over high school. Who cares if Olivia hates her? And David needs to forget about his crush on her STAT. Even Emma’s crazy fashion choices can’t keep Diana entertained. All she can hope for is a dance scholarship to a college far away from too-small, too-boring, too-nothing-ever-happens New Freedom, PA.

Then Diana meets Nicholas Woodhaven. He’s pale, angry…yet weirdly charming. The more time they spend together, the more she wonders who – or what – he really is. Because he isn’t anything like the other guys she knows. Not with the whole only-going-out-at-night thing. And living with his creepy aunt. And not going to school.

Just when Diana thinks she’s got Nicholas all figured out, people in her small, nothing-ever-happens town start dying. She has to wonder – can she trust him? And even more alarming – could she be next? 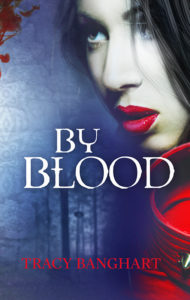 For 17-year-old Emma Wong, spending a summer in England should be a dream come true. Gorgeous scenery? Check. Lots of hot guys with accents? Yes, please.

Throw in an estranged mom, annoying new stepdad, and drooling baby half-brother, and it’s a disaster even her favorite cherry red leather jacket can’t fix. Even worse, there’s (hot) live-in research assistant Josh to contend with. The only thing more embarrassing than drunk-kissing him hours after they meet? Knowing he’ll be witness to her family’s dysfunction all. summer. long.

But when Emma meets a mysterious girl who happens to be a Druid, her vacation suddenly promises to be far more intriguing than she anticipated. Powerful rituals, new friends, an intoxicating sense of freedom…and Simon, the sexy foreign stranger she was hoping for. It’s all a perfect distraction from dirty diapers and awkward family dinners.

Trouble is, intriguing doesn’t often mean simple. And Emma is about to discover just how not simple her life really is.

By Blood is a novel about the ways that blood can bind us to others – or tear us apart.

Praise for By Blood

“Tracy Banghart has written a beautiful first-love story that also deals with trust, friendship and sorrow. The neat combination of romance and mystery makes this book interesting for both young adult and adult readers.” ~ 5 stars, Portland Book Review

“BY BLOOD is an intriguing, emotionally-rich and exhilarating story full of complex characters and poignant emotional struggles as seen through the eyes of a frank, self-aware seventeen-year-old.” ~ 5 stars, IndieReader

“By Blood effortlessly transports you to the cobblestone streets and small pubs of Oxford, and Emma’s sassy voice pulls you right into the story with its hot British boys and touch of magic. A must read!” ~ Susanne Winnacker, author of Impostor

What the Sea Wants 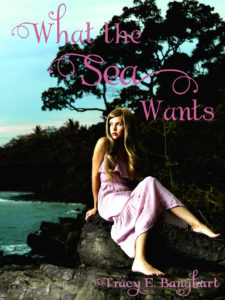 “What the sea wants, the sea will have,” goes the sailor’s proverb. And in a fog-shrouded corner of coastal Maine, a girl raised on maritime folklore is drawn to the sea by a strange passion.

But when a swim turns deadly on the last day of summer, she learns the awful scope of the sea’s power. And the boy who snatches her from the water discovers that old legends hold a dark truth…

Set in scenic coastal Maine, What the Sea Wants explores how truth turns to story and story turns to legend through the tale of two young people who experience first-hand the magic and power of the sea.

(ebook only available, no illustrations)

Victoria has always been drawn to the sea. Living on the windswept Maine coast with her mother and Grannie Foster, she spends most of her days and nights walking the shore, staring out to sea, and painting pictures of the cove. On the last day of summer, Victoria nearly drowns and is saved by Sam, but the sea always exacts a price from those who would deny it what it wants.

Banghart’s first novel (actually a novella) is striking and exquisite. The language at times is so lush that one just pauses and sighs. In quiet yet purposeful prose, she paints a tale full of rich atmosphere and vivid setting. The characters, including the sea itself, breathe and connect with the reader. Victoria is beautifully complex as a character, and Sam serves as an anchor for the “ordinary” reader who appreciates her yet yearns to understand this mysterious young woman. This story will be appreciated most by thoughtful, more mature readers who will treasure the questions raised: what it means to be truly free, how we are connected with one another, and how story itself is created.
—Melissa Moore.

Without warning, an errant wave surged around a boulder at the edge of the island. With her head turned to the side, Victoria didn’t see it crest in a frothy white mass above her. Suddenly she was caught. The wave sucked her down so fast she didn’t have time to breathe. Her eyes were open, stinging and blurry with salt and sand. The water roiled in a fury around her; it bared its foamy teeth, as if it wanted to swallow her whole, and shook her until she didn’t know if she was up or down.

After a few moments spent battling vainly for a breath, Victoria let the hungry current have its way. She tossed and swirled through the sea’s bubbling maw, arms and legs floating like pale eels around her, twisting like dead things. Her lungs burned. Seaweed tangled in her hair as it flowed forward in the undertow and wrapped itself around her face.

She watched her white fingers moving gracefully, aimlessly through the water and willed them to save her, willed them to find a way out. They just curled and uncurled gently in the current, like the sinuous tentacles of a sea anemone, and did nothing. Blinking, she struggled to hold onto the vision of her reaching hands, but the pale skin faded and the churning water turned into a cloud of darkness before her.

She gave a last half-hearted kick. What the sea wants it takes, she thought. And the sea wanted her.

Amidst the festivities of Homecoming Week, Tracy Banghart and Julia Blum, author and illustrator of What the Sea Wants, spoke to approximately 50 students at C. Milton Wright High School in Bel Air, MD. The event was coordinated through the school’s Media Center.

Addressing a mixture of creative writing students and 9th grade English students, Banghart immediately engaged the audience with her evocative reading of a suspenseful passage from What the Sea Wants. When Banghart and Blum opened the floor to questions, students were eager to ask about the writing, illustrating, and publishing processes. There was particular interest in how to get one’s writing published and the author and illustrator’s sources of inspiration.

After the talk, students were invited to approach the author and illustrator individually with questions. Said Blum, “I was excited and flattered by the students’ enthusiasm. It was great fun to talk with them and see how we had sparked their interest.” Copies of the book were made available for sale, signed on the spot by Banghart and Blum.

“Tracy, we were awed by your articulate presentation. You and Julia sounded as though you had done this show on the road dozens of times!”

It was no ordinary event when Tracy Banghart and Julia Blum, author and illustrator of the new book What the Sea Wants, visited Harford Day School in Bel Air, MD. The two women first met 22 years ago as pre-kindergartners at HDS, so this special book event was also a homecoming.

In preparation for the visit, the entire HDS middle school had read and discussed What the Sea Wants in English class or had it read aloud during Library periods. As the sixth, seventh, and eighth grades filed into the HDS Library, students and faculty alike were brimming with questions for the author and illustrator.

After a brief dramatic reading, Banghart and Blum launched into an informative behind-the-scenes tour of how the book came to be, taking students through each step of the writing, illustration, and publishing process. A lively, student-driven discussion followed, with questions ranging from the reasons behind the illustrator’s stylistic choices to the meaning of various symbols employed by the author. At the end, Banghart and Blum signed books and commemorative postcards.

Following the lecture and discussion, author and illustrator were delighted to preside at a luncheon for students who had expressed interest in meeting them. The students’ reasons for signing up were varied—some were big fans of the book, others hoped some day to become authors or illustrators themselves. Banghart and Blum discussed their creative motivations and the paths they had followed from their days as HDS middle schoolers to the creation of What the Sea Wants.