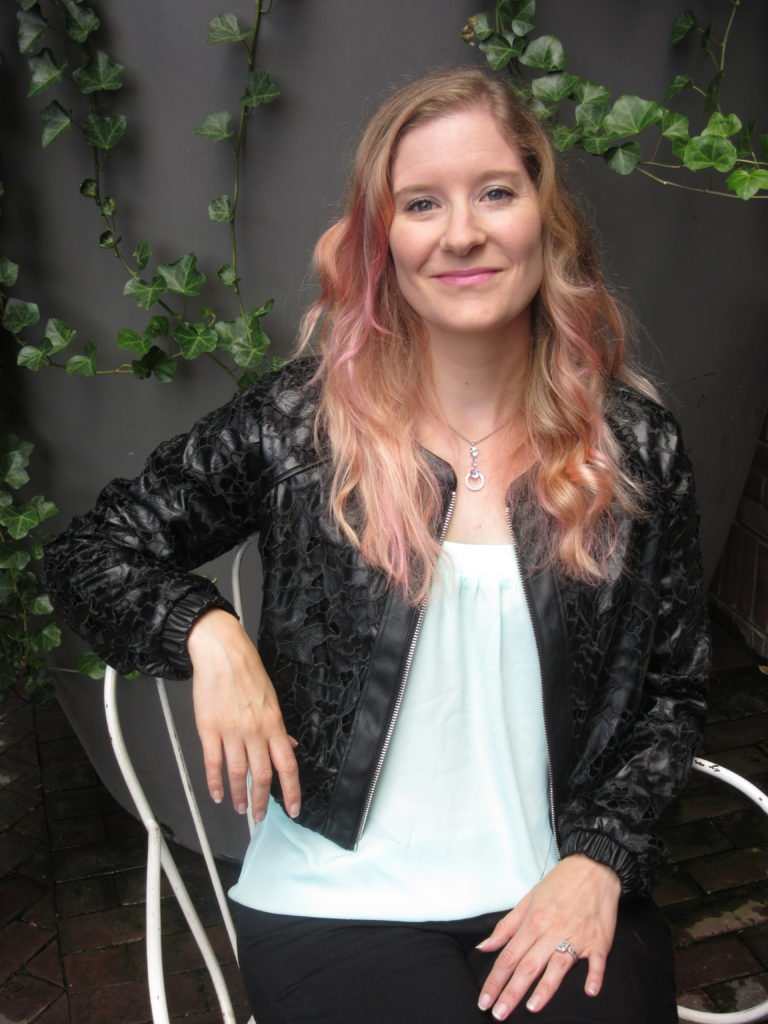 Tracy Banghart is a cheesy movie–loving, fantasy football–playing (go Ravens!), globe-trotting Army wife who began “practicing” her craft at the age of five, when she wrote her first story. She grew up in rural Maryland, with a cornfield in her backyard and flying squirrels in her bedroom walls, and spent her summers on a remote island in northern Ontario. All that isolation and pretty scenery led to a reading addiction, writing obsession, and several serious book boyfriends.

After high school, Tracy escaped to North Carolina, where she got her BA in English from Davidson College. After college, she sampled city life in Canada and D.C. before jetting off to England, to pursue a master’s degree in Publishing at Oxford Brookes University. When she returned stateside, Tracy dabbled in various publishing jobs but didn’t give up on her dream of being a published author. Her husband convinced her that writing full time made perfect sense given the unpredictability of his job, thus affirming her conviction that he was better than any book boyfriend.

Tracy now lives with her husband, children, and pets in Viriginia, but it won’t be long until the Army sends them off on new adventures.

She is represented by Pam Gruber at Irene Goodman Literary Agency.

Tracy Banghart grew up in rural Maryland and spent her summers on a remote island in northern Ontario. All of that isolation and lovely scenery gave her the time to read voraciously and the inspiration to write her own stories. Always a bit of a nomad, Tracy now travels the world Army-wife style with her husband, children, and rescue pups. She wrote Grace and Fury while living in Hawaii.

Tracy Banghart’s novels feature strong women, realistic romances, and tight female friendships. She believes in cultivating worlds where women support rather than compete with one another, and first kisses happen en route to new adventures, instead of in lieu of them.

Tracy has lived in Canada, the UK, Italy, and Hawaii, in addition to many places along the US East Coast.

She was once rescued by helicopter while on a canoe trip with her dad.

Her husband originally expressed his romantic interest by daring her to eat a raw potato at a party.

The first story Tracy ever wrote was called The Dog, Cat, and Bird. She was five.

Her high school role model/icon, to whom she is still grateful for making her want to be a strong, kickass chick: Buffy Summers